Adventures, Rebellions & Recs on the Beach & Beyond

This week the stars aligned and I was lucky enough to find out about a Dashboard Confessional concert taking place minutes away from my house – and it was totally gratis.

Shoutout to Ford and Billboard for collaborating and throwing this amazing free event in one of my favorite local venues, the Miami Beach Fillmore. Ford Front Row was a four-part concert series that took different acts to four major cities including LA, NYC, Atlanta and Miami.

Miami’s show featured the Mowgli’s, a super fun band from LA who I also happened to have seen live at a dingy club during my time in Chicago. They were just as awesome as I remember, so I’m happy they’re moving on up and got to play a much cooler venue this time.

As for Dashboard, what is there to say other than SWOOOOOOON.

Chris Carrabba still wears his heart on his tattooed sleeve and I was loving every second of it. They played all the oldies. Literally, these songs were from 2001 and 2003. Then he introduced some new songs, which still had the same feel as the old stuff so I’m very much on board for this next album.

A little nostalgia on a Tuesday was just what I needed. My little emo heart is so full. 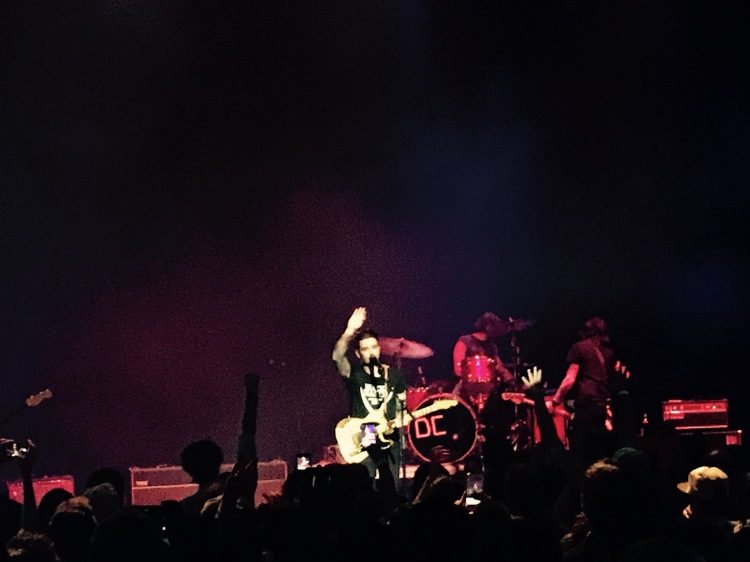 My Tweets
secret garden vibes 🌿
In the words of my girl TSwift, you’re my my my my lover 🖤
It’s national croissant day 🥐 so naturally, I’m wishing I was carb loading in Paris again 😿⁣ ⁣ ⁣ ⁣ #paris #parisfrance #eiffeltower #eiffeltowerviews #toureiffel #parisphotography